Wild about our woods CIO is a small team of freelance Forest School practitioners, Outdoor Cookery Leaders and Youth Workers. We come with many years of experience and qualifications. We are First Aid Trained and DBS checked.

Our Founder Janine Young is a level 3 qualified Forest School Leader and has an outdoor Pediatric First Aid qualification. She is on a mission for children and adults to reconnect with nature and has worked with local Haringey and Barnet schools over the last 3 years (Highgate Primary, Campsbourne, Rhodes Avenue, Weston Park, Holly Park and Martin School) demonstrating the benefits of woodland learning and Forest School. She co founded the ever popular monthly Sunday Family woodlands session at Queen Wood with Into the Woods on Sundays which has been running for 3 years.

Janine was brought up in Barnet at a time where children still played outside for extensive periods of time. Her home was near the green belt with a brook and some woodlands where she spent many of her formative days exploring, learning and playing there. She has always had a passion for working with children and started as a volunteer working with vulnerable children at the age of 20. It was while working at Vision Quest in 1995 working with young offenders that she began to see the connection between the great outdoors and it's benefit to young people's development and well being. Returning to Haringey to set up a Young Carers programme she offered children and young people over night camps where many had not had the opportunity before but which many never forgot.

Fast forward 30 years and now with 2 children of her own, who have experienced regular outdoor learning as part of their education, she loves spending time outside in the wild with them and other children. She has learned about woodland conservation through volunteering with her son at Coppetts Wood Conservationists and loves working with natural materials to create things in her work and when she embarked on the Forest School Training it was life changing and anew career began under the Wild about our woods woodland business. She sought funding to develop Forest School across a the whole of Martin School over a 3 year period, supporting staff to train up too, and is developing a longitudinal programme at Campsbourne and a thriving woodland holiday club.

But with a background in working with children who are sometimes excluded from society sought to set up a charity after successfully got onto the School of Social Entrepreneurs 'start up' course, which equips people to transform their communities and improve the lives of others, and supported her in forming the charity. With a CIO status she has sought funding to work with young people with learning difficulties, young offenders, children on low incomes and from BME communities who wouldn't otherwise access a woodland holiday club and most recently funding to train up some more Forest School Leaders.

She loves learning new things and gets a buzz from seeing others flourish from their own discoveries outside. Autumn is her favourite season, she loves making and watching fire, listening to stories and children's laughter.

Our Trustees were carefully chosen to support the development and growth of the charity in its first two years. 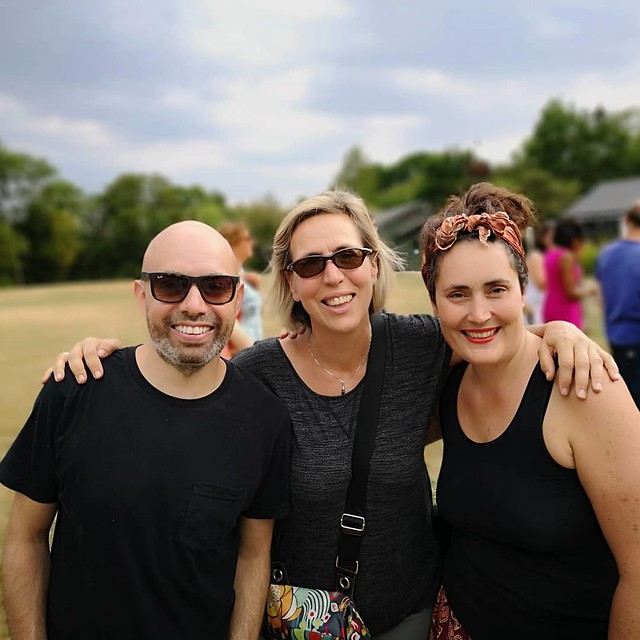 "Putting the world wide web generation in touch with the whole wild world."